Moldy Shower in Exton, PA Undergoes an Amazing Transformation, Thanks to a Grout Sealing Service

1.57k
Facebook Twitter LinkedIn Pinterest WhatsApp Email Copy link Your browser does not support automatic copying, please select and copy the link in the text box, then paste it where you need it.

When it comes to cleaning at home, homeowners usually find that one of the biggest challenges is cleaning the shower, and it's easy to understand why  showers create the perfect environment for problems such as mold, mildew, and soap-scum buildup to appear. Furthermore, fungi and soap-scum stick to grout, which is porous and difficult to clean, giving the shower an unsightly appearance. This homeowner in Exton not only had mold and soap-scum buildup in his shower, he also had dark, stained grout lines, and the shower joints were cracked. He became increasingly worried about his shower's condition, especially since he knew that cracked shower joints could lead to potential water damage. 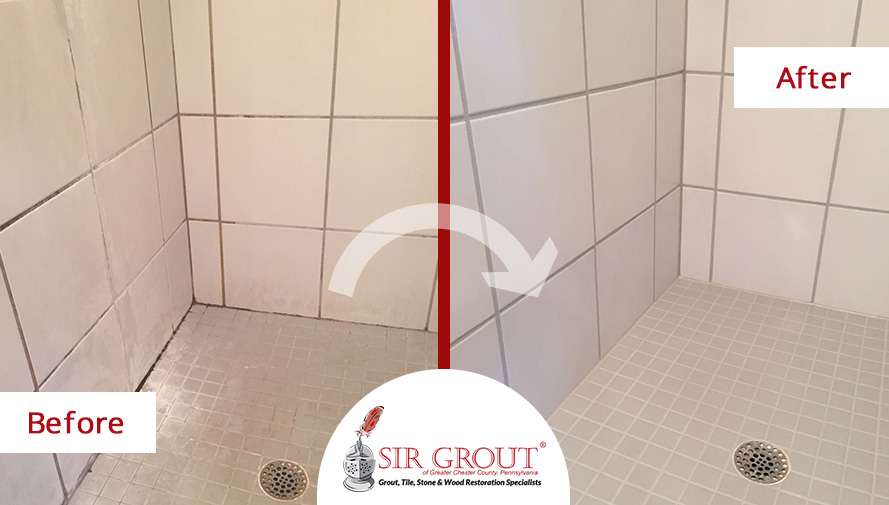 Since he knew the problem would only get worse if he didn't act quickly, he went online to search for solutions. He had already tried many of the homemade remedies he found online, which barely made a dent in the shower's appearance. Fortunately, he found Sir Grout of Greater Chester County's local Exton grout sealing services and called right away to schedule a free quote.

Grout can suffer from a lot of damage in showers, especially if the grout is unsealed. Most grout is made with cement, which makes it inherently porous. This means that grout lines can easily absorb stains and dirt, and soap-scum often sticks to them. If they are not properly sealed or maintained, it can lead to problems such as cracked, loose grout, discoloration, and staining. Furthermore, when moisture is absorbed into the grout lines and caulk, this creates the perfect breeding ground for mold and also represents potential water damage. So, it's no wonder our customer was so worried about his shower. Thankfully, he did the right thing by calling hard surface restoration specialists. 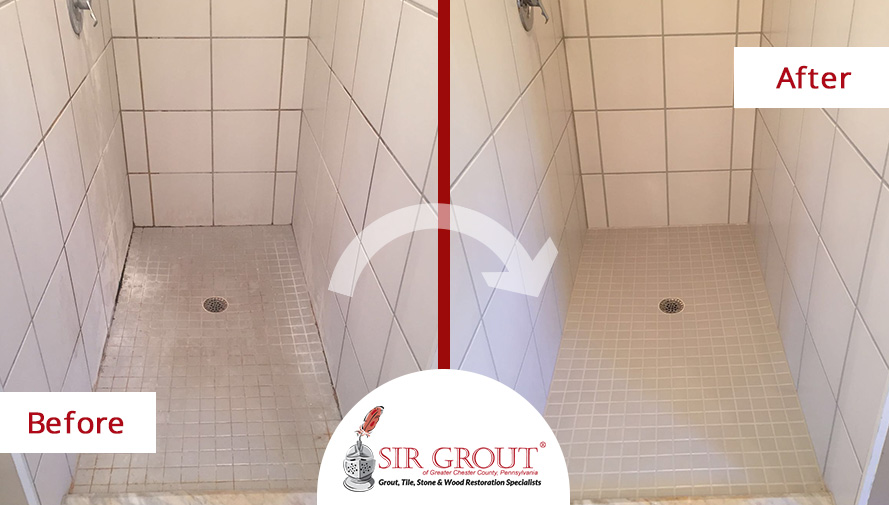 When we inspected our customer's shower we realized that it had a lot of soap-scum, which is a problem that most homeowners have and don't know how to prevent. We told the homeowner that in the future he should use body wash instead of soap bars to prevent this problem. However, the shower was in need of a deep cleaning service, and the grout lines needed to be sealed and recolored. Also, the caulk needed to be replaced. The good news was that he wouldn't have to do an expensive remodel. He was glad to hear this and couldn't wait for the day of the job to see his restored shower.

Our team of specialists started the process of renewing the shower by scrubbing it from top to bottom with a pH-neutral cleaner. After, they used vapor steam cleaning to remove any remaining dirt or soap-scum from the floor and walls. Now, the real job began. The team applied Stainmaster Epoxy Grout to the angle joints instead of caulk to provide maximum protection against water damage. Then, they applied ColorSeal to the grout lines on the wall, effectively recoloring and sealing the grout. The last step was to apply Epoxy ColorSeal  our brand-new, proprietary product  to the floor's grout lines. This was the first customer who received our Epoxy ColorSeal service, and the results were amazing!

After seven hours of hard work, the shower looked brand-new! We were excited to show the homeowner the results, so once the job was done, we called him in to see the shower. He was at a loss for words. He said that it was a drastic improvement, and that the shower looked better than ever! Overall, he was very happy with our team's work and congratulated them on their attention to detail.

To keep your shower's grout lines looking pristine, we recommend sealing them as soon as possible after installation. Since we know that grout lines in showers suffer from a lot of damage, we rely on our proprietary ColorSeal and brand-new Epoxy ColorSeal. Epoxy ColorSeal is similar to regular ColorSeal, but as its name indicates, it contains epoxy resins, which make it much more durable. This allows it to create a long-wearing, mold-, mildew-, stain-, and water-resistant finish, making it perfect for protecting and recoloring grout on shower floors.

If you think your shower might be in need of a grout sealing and recoloring service, you can rely on the professionals at Sir Grout of Greater Chester County. To schedule a free quote, call us at (215) 609-4868 or fill out the form below. We will be happy to help you. Also don't forget to subscribe to our newsletter!

1.57k
Facebook Twitter LinkedIn Pinterest WhatsApp Email Copy link Your browser does not support automatic copying, please select and copy the link in the text box, then paste it where you need it.
Don't Miss These Other Must Read Articles 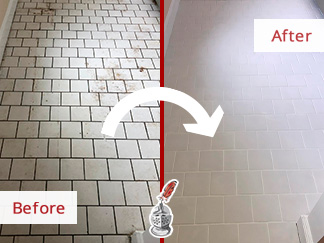 How to Keep Grout Clean 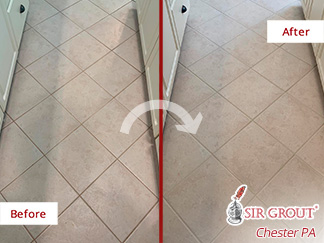 Our Certified Technicians Performed an Excellent Grout Cleaning in Landenb... 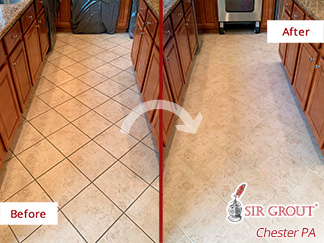 After a Phenomenal Grout Sealing in Downingtown, PA This Porcelain Floor L... 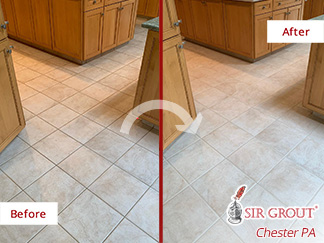 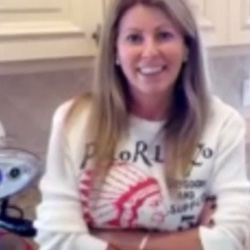 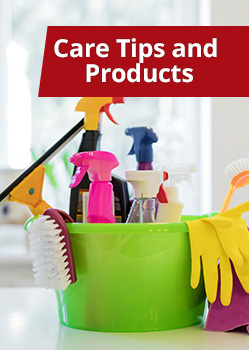 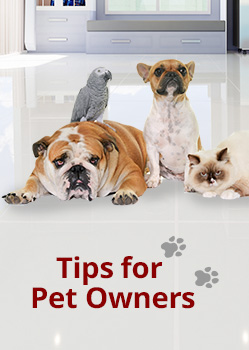 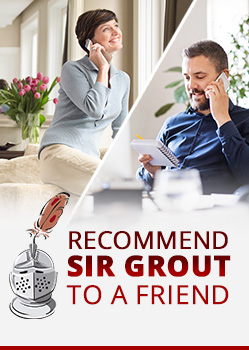